​You've probably contemplated sporting dreadlocks at one point in your life. After all, celebrities and musicians like Bob Marley have worn these popular matted locks. But what are dreadlocks, exactly? And how long do they usually last?

Dreadlocks are rope-like clumps of matted or braided hair. The hairstyle is also known as Jata, Sanskrit, locs, or dreads, may be achieved through various methods such as backcombing, rolling, or braiding.

People wear dreadlocks for various reasons. There are religious, spiritual, political, cultural, and ethnic reasons to wear them. The emergence of reggae music in the 1970s made dreadlocks one of the most desired hairstyles in modern times. The rise of the Rastafarian movement was responsible for the hype on dreads, and musicians, actors, rappers, and athletes sported the look mostly for stylish reasons.

The fashion and hair salon industries stepped up the clamor even further by providing hair care products specially designed for the care and maintenance of dreadlocks. Hair stylists also came up with a variety of artificial and modified locks which include extensions and multi-colored synthetic ones.

A Brief History of Dreadlocks

What are dreadlocks in terms of history? While dreadlocks have been more popularly perceived as a fashion style or a cultural statement (with negative connotations and misconceptions notwithstanding), they have been worn by various cultures for centuries.

Dreadlocks are believed to have been worn as early as 3,600 years ago by one of Europe's oldest civilizations, the Minoans from Crete (which is now a part of Greece). Depictions of men wearing the braided locks were discovered in frescoes found in the Aegean island of Thera.

Artifacts, bas-reliefs, and mummified remains from ancient Egypt also revealed that locked hairstyles and wigs were prevalent among Egyptians. Braided or plaited hair and beards were also depicted in the art of several ancient cultures during the Bronze and Iron Ages. Sumerians, Elamites, Akkadians, Babylonians, Hittites, Amorites, Arameans, Israelites, Phrygians, Lydians, Persians, Parthians, Chaldeans, Azeris, Cilicians, Canaanites, Phoenicians, and Carthaginians were some cultures believed to have worn the locks in ancient times.

Dreadlocks were also worn by Spartan hoplites (as part of their battle dress) and by Ephors (Spartan magistrates).

Other cultures who may have also sported locks are the Middle Eastern and Mediterranean Christian Ascetics, the Dervishes of Islam, and pre-Columbian Aztec priests who have been described in Aztec codices as having long, untouched, and matted hair. Followers of the Mouride movement of Islam are also known for their locks and multi-colored garments.

​What are dreadlocks to various cultures across the world? African ethnic groups wear dreadlocks in different styles, depending on cultural significance. Maasai warriors wear long and thin red locks dyed with root extracts or red ochre. Shamans and Yoruba priests, the Turkana people of Kenya, and the Akan of Ghana also sport dreadlocks as well.

In India, Sadhus or holy men and Nagas (ascetics) wear their dreadlocks on top of their heads, only letting them down on special rituals and occasions. Locks symbolize religious practice and are regarded as sacred among the religious men and women of India.

More esoteric forms of Buddhism forgo shaving their heads by growing dreadlocks instead. Practicing Buddhists believe that growing locks is a means to rid themselves of vanity and excessive worldly attachments. Some esoteric Buddhist rituals even require the piling of hair on top of the head.

The Rastafarian movement, the rise in popularity of reggae music, and icons like Bob Marley were mostly responsible for bringing dreadlocks into pop culture. Dreadlocks are symbolic of the Lion of Judah and were inspired by the biblical Nazarites. Rastafarians also believe that locked hair prevents energy from escaping from the top of the head thus, it remains in the body and strengthens it along with the mind and spirit. 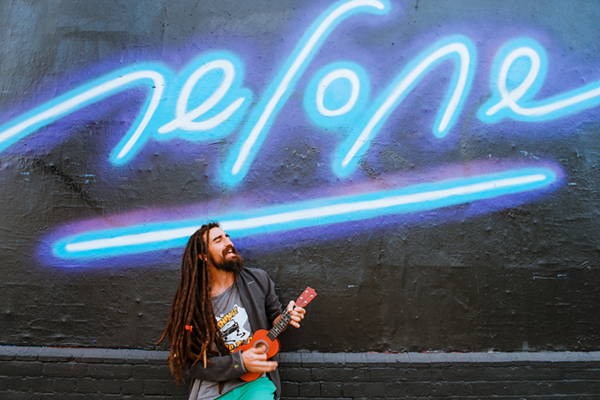 Photo by Toa Heftiba on Unsplash

​In more recent times, dreadlocks have become ubiquitous among professional athletes, especially in American football. Defensive backs have been tackled by their hair but the act is considered legal by NFL rules.

Fashion shows have also become a venue for showing off these fab locks. Luxury fashion brands have created Rasta-inspired collections worn by sashaying locked models on the fashion runway.

What are dreadlocks in the modern world? The reasons for wearing them have definitely changed — what used to symbolize one's detachment from vanity and worldliness has become the opposite. Dreadlocks are being worn nowadays to draw attention to one's self instead of away from it. 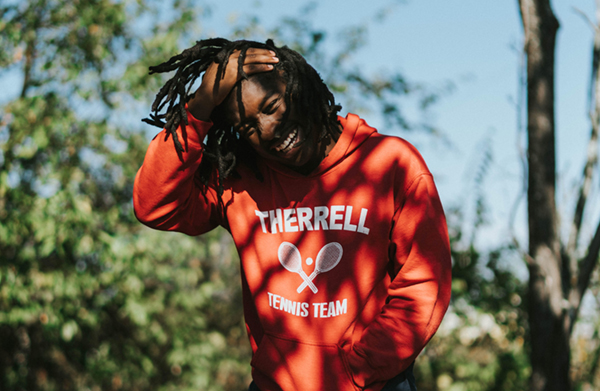 Photo by Ron McClenny on Unsplash

Because dreadlocks are making waves in pop culture, there has also been a rise in misconceptions and myths about the process of growing and maintaining those long, matted locks. Read up to find out what are dreadlocks and what they are not.

Here are some common misconceptions about dreadlocks and the facts which debunk them:

​Myth: Dreadlocks Should Not Be Washed

Fact: Dreadlocks should be washed; otherwise they will stink. Wash locked hair with soap and then squeeze and rinse the soap out repeatedly until it's thoroughly removed. Clean hair actually locks better than dirty or oily hair as long as you use residue-free soaps and shampoos.

Fact: While the lengthening of hair may slow down because of dreadlocks, the speed of hair growth doesn't change. This is because your hair isn't growing straight — the thicker your dreads, the slower the increase in length. Growing your hair faster and stronger requires proper nourishment. There are hair growth supplements specially designed for dreadlocks that you can use.

​​Myth: Having Dreadlocks Can Damage Your Scalp and Cause Thinning Hair

​​Fact: For as long as you take care of your hair using the proper methods and hair care products, your scalp and hair growth will stay healthy. Residue-free hair products actually encourage hair growth — making your hair thicker in the process.

​Myth: Dreadlocks Are High Maintenance for Some People

​​Fact: It is, relatively speaking, easier for people of African extraction to grow nice dreads; but it's not impossible for others with a different hair texture to achieve the same results. Admittedly, the early stages of growing deadlocks can be difficult, but as they grow and mature, maintaining them becomes a lot easier. Just don't forget to keep them clean.​​​​

​​Myth: Not Combing Your Hair Makes for Perfect Dreads

​​Fact: While neglecting to comb your hair usually works, it doesn't necessarily make your dreads look better. Unkempt, matted hair will grow randomly on your head, making it unpleasant to look at. 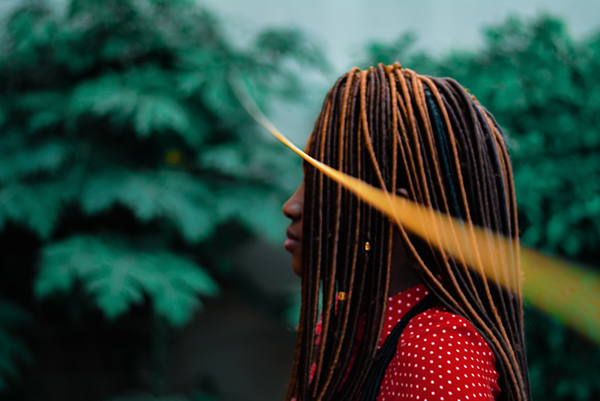 Photo by Oscar Obians on Unsplash

​There are several methods you can explore to create dreadlocks. Some will require the least attention but won't necessarily make for the best approach.

​The neglect method is the most natural way to go. All you do is completely forgo washing, combing, or brushing your hair and allow it to dread on its own. However, this kind of dreading is a slow process, and it may take years for those locks to mature completely.

This method will require you to wash your hair with a good residue-free shampoo so as to remove all the oils and dirt deposits from your hair and scalp.

After washing, blow dry your hair from all directions so as to achieve the volume it needs for dreading. Make sure your hair is completely dry before you start creating those dreadlocks.

At about 2 inches above your nape, start parting your hair horizontally while using sectioning clips to hold up the rest of your hair. Pick up a section of hair that's about an inch-wide.

Start backcombing the section towards your scalp to create a tangle. This tangle will serve as the foundation of your dreads. Keep backcombing in this direction while moving down the whole length of your hair up to the tips.

Twist the section of backcombed hair to form a tight and cylindrical shape.

Place a small amount of dread wax between your fingers and rub it down the length of the dread while still in the process of twisting it. The dread wax will smoothe any loose strands of hair and bind them together.

Roll the waxed-up dreadlock between your palms starting from the root and ending at the tips until it's nice and tight.

Cover your scalp as much as possible by staggering your dreadlocks. This will give your hair a fuller look.

Repeat the whole process until you finish locking the rest of your hair.

The Twist and Rip Method

​Start by sectioning your hair into individual inch-by-inch sections. Tie each section with a rubber band as you go along.

Wash your hair with residue-free shampoo, rubbing all hair in one direction ONLY.

Allow your hair to dry naturally, and completely, do not blow dry.

Apply dread wax on each individual section of hair and roll between your palms to form a dreadlock.

Remove the rubber bands after a month or so, when your hair has been locked together.

Wash your hair with residue-free shampoo to get rid of grease and dirt deposits.

Allow your hair to dry completely either by itself or by blow drying it.

Section your hair into inch-by-inch sections. Tie each section at the roots with a rubber band.

Braid each section of hair until you get to the end. Tie and secure the tip with a rubber band.

Apply dread wax on a braid, then roll the braid in between your palms to form a dreadlock. Do the same with the rest of the other braids until you finish all of them. 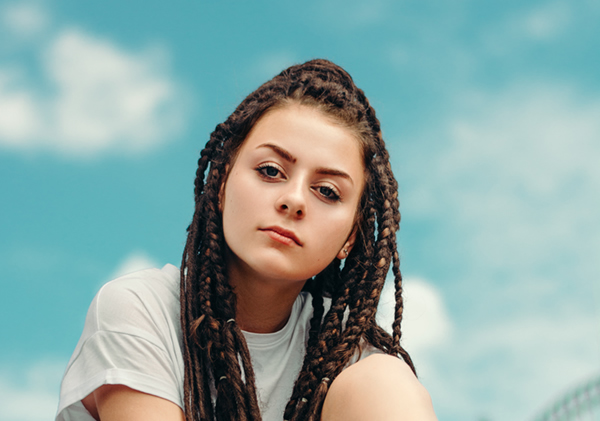 Photo by Irina Iriser on Unsplash

Now that you're done turning your hair into dreadlocks, it's important to keep them well-maintained in order for them to last longer. After all, what are dreadlocks if not properly maintained? Here are some maintenance tips you should keep in mind:

Do Not Wash Your Dreadlocks for a Week

Washing your locks too early will loosen and unravel them. Wear a shower cap when you take a shower so as to prevent your dreadlocks from getting wet.

Wash Your Dreadlocks with Residue-free Shampoo ONLY

Wash your hair between 1-3 times a week with residue-free shampoo because it's important to keep residue away from them — residue from shampoo can loosen the locks and worse, can encourage the growth of mold!

Dry Your Dreadlocks Completely After Every Wash

Not doing so might cause your dreadlocks to stink.

Wax and Palm Roll Your Dreadlocks Regularly, Especially During the Early Stages

Wash your hair between 1-3 times a week with residue-free shampoo because it's important to keep residue away from them — residue from shampoo can loosen the locks and worse, can encourage the growth of mold!

​​​​​​Taking care of those dreadlocks will not only make them last longer, you will also be maintaining the overall health of your hair and scalp.

Just because you want to achieve those locks doesn't mean you have to neglect your personal hygiene altogether. And for that reason, we seriously recommend against using the neglect method. Don't make people dread getting near those locks!

What are dreadlocks for if you can't keep them nice-smelling, healthy, and clean? Now, go out there and make a statement with that hair.

The Best Natural Sunscreens for Babies’ Delicate Skin
Next Post: What Are Some Cheap Alternatives to Aveda Rosemary Mint Shampoo?