Hairstyles for men are to be more predictable than those for women, but the times are changing. While the male hairstyle is seemingly limited – typically short sides and back. The ones famous over the years have turned out to be de rigueur. They now accept it as personal statements. 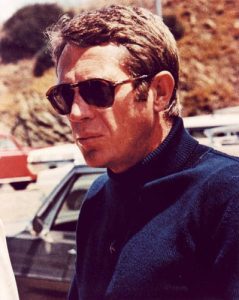 The late Steve McQueen’s hairstyle was accessible and iconic. It is the grown-up version of the look college “boys” had and still do. The 21st-century version is a cut that’s textured and clean with enough hair on top for side parting. Because this hairstyle is now identified with Ryan Gosling when he had in “Drive”. More and more males who are thirtysomething are getting this cut now “The McQueen.” Inquire about SuperCuts prices for a McQueen hairstyle.

On the other end of the spectrum, “Let It All Hang” is for men who consider themselves Ashton Kutcher or Brad Pitt in that hilarious ad for Chanel 5. Keep your hair to shoulder length, unless you want to look like Danny Trejo on a bad hair day. If your hair is thick, medium, or straight, go for it without looking back. Use texture finish in gel or cream form to tone down unwanted pouf. 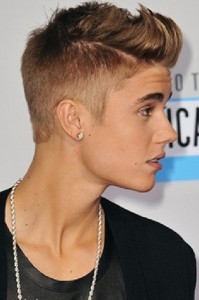 They call it “Mainstream Hipster”  because it has been the choice of hairstyle for pop idol Justin Bieber and football superstar David Beckham. Attention-grabbing and arguably the edgiest of all current hairstyles for men. This “Mainstream Hipster” cut is perfect for men with fine/medium and straight/wavy hair.

Note that this hairstyle is not for men with very curly or thick hair. Your barber has to leave around three inches at the top for pomp and the length at the sides can either be short or medium. It depends on preference, but remember that this cut needs the top to be blow-dried. Also, it has strong hold products to keep it sleek and in place.

The Julius Caesar and The James Dean Men’s Hairstyles 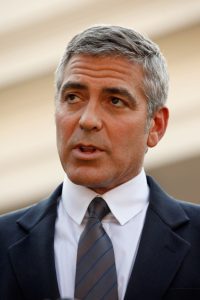 Russell Crowe in “Gladiator” and Gerard Butler in “300” both sported “The Julius Caesar.” It is a hairstyle made famous by the general who became emperor of the Roman Empire. This cut – is layered between two and five centimeters all over. It is ideal for men who have fine/thick and straight/wavy hair but unsuitable for those with fine hair. Your barber should cut your hair very evenly on top and the sides before shortening the length. The good news about this hairstyle: is low maintenance (as it’s basically wash-and-wear.) It will look good on the forty-somethings. Inquire about Hair Cuttery prices for either The Julius Caesar or The James Dean hairstyles.

Long before Ryan Reynolds or James Franco sported it, 1950s icon James Dean wore this hairstyle with such swaggering sexiness that it doesn’t really need a comeback; it never left the scene anyway. A more good look, however, to suit 21st-century lifestyles. They call this “The James Dean” is cut for men who have curly/medium/thick hair: medium length at the sides and the ratio of the top to the side is to be 2 is to 1. You can’t have anything but pomade with a medium hold for this kind of hairstyle. Apply it while your hair is still wet and just comb it back straight.