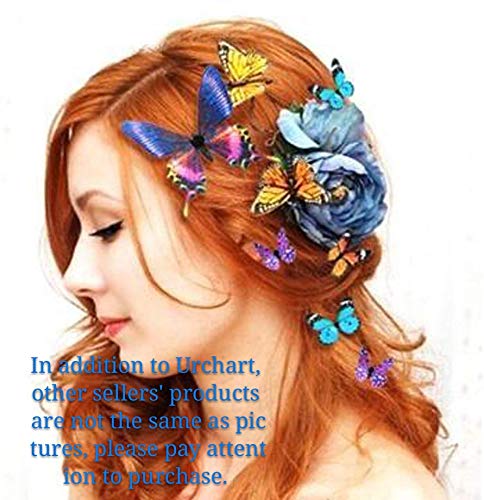 The 90s may not have been the best decade for fashion and hair but it wasn’t the worst one either. Most of us have mullet photos from the 80s tucked away in the back of our sock drawers. Whether you’re old enough to remember the Olsen twins as cute little Michelle Tanner or not, you’re sure to fall in love with one of these 90s hairstyles.

If they were big, they were a claw clip and if they were small, they were a butterfly clip. Claw Clips could be instruments of torture if applied to tightly, but on the other hand, they were a great way to smooth out lines and wrinkles on your face. Claw clips often encased buns at the back of your head and were usually accompanied by a small bucket load of hair gel.

The butterfly clips were less painful and a lot more decorative. They were often bought in a set, as you couldn’t wear just one, it had to be several. If you dig around in the back of your bathroom cabinet you’re bound to find some of these pastel-colored delights. 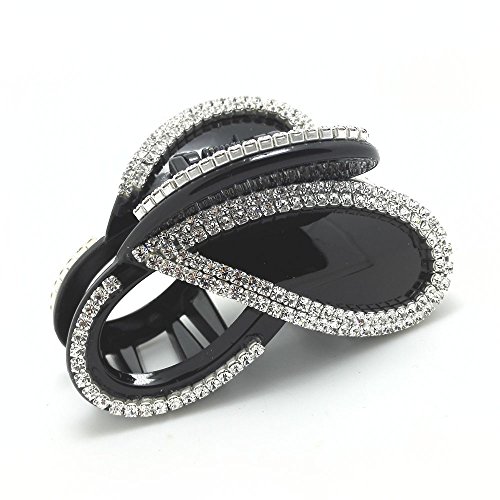 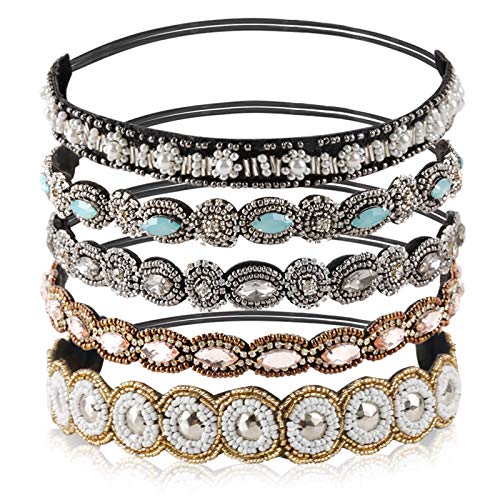 Not just for tropical holidays, there’s nothing like a colorful flower behind the ear to brighten up a woman’s face. In the 90s the flowers were often just clipped into the hair but with their recent comeback, they’re usually attached to a crown or headband.

Hair jewelry was also big in the 90s. Crystals, diamantes, and feathers were worn by women and even a few men. Nowadays, our hair jewelry is still fabulous, but we try to keep the look subtle rather than flamboyant.

This is one of the 90s hairstyles that has been toned down a little since it made a comeback. In the 90s, if you crimped your hair, you crimped all of it. Every girl from the age of 6-years old either had a crimping iron or desperately wanted one.

If you couldn’t convince your parents that you would just die if you didn’t have a crimping iron, you and your girlfriends would have to go the do-it-yourself route. This involved working your wet hair in tiny braids and leaving to dry overnight.

The updated version of crimped hair is far less time-consuming as you only crimp a small section and not your whole head.

Not every girl had hair as big as Peg Bundy’s in the 90s but there’s no doubt that big hair was better. It had to be more than big though. Many girls spent hours in front of their mirrors trying to achieve the effortlessly flipped out hairstyle that was so popular.

In 2018, celebrities like Rita Ora are bringing the flipped-out hairstyle back, often with a twist of pinup girl. And why not? It’s a lovely style that suits most women and adds a softness or gentleness to your face.

In the late 90s everyone wanted to know if Pink was named after her hair color or if she colored her hair to match her name. Christina Aguilera was another celebrity who embraced the pink look, but she confined her color to the bottom of her blond locks.

This decade has seen hair return to the gorgeous shades of pink that we remember from the 90s. And not just pink. Colored hair is now firmly mainstream and not just worn by teenagers who wat to shock their parents.

We can blame popstars and teenage witches for the emergence of mini buns in the 90s. Back then you didn’t have one mini bun, you had at least six. The trend has recently re-emerged with Miley Cyrus and Ariana Grande sporting the look.

Like most of the other 90s hairstyles that are making a comeback, today’s mini buns are toned down. Instead of six, we usually only sport two. Let’s hope the mini bun revival doesn’t grow into the Princess Leia buns of the 70s. 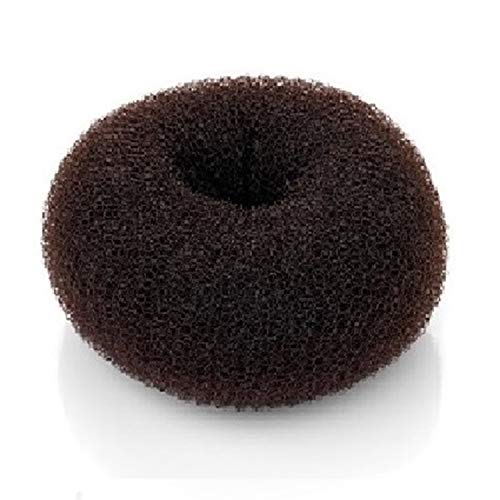 Tendrils were an easy way to add interest to hair parted straight down the middle. These were thin strands of hair that framed the face and were either curled or straight. If face framing tendrils weren’t your thing you could add tiny braids to your hair instead.

The tendrils look is popular as ever today and is a great way to turn an austere bun into a more casual look.  Accent braids have also made a comeback and go well with short and long hair.

Even if you’re not old enough to remember when Friends first appeared on our television screens, you will have seen at least one rerun. The tv show was wildly popular in the 90s and for a while, the Rachel was the most commonly requested hairstyle from young women.

Although other actresses have worn the look, Jennifer Aniston who played Rachel, has often commented that the hairstyle was hard to maintain without a hairstylist on hand. Despite this, the Rachel has recently made a comeback, but may be easier to care for with today’s hair care products than it was in the 90s.

The pixie hairstyle is one that re-emerges every few decades. Audrey Hepburn first popularized the look in the 1950s and Mia Farrow added her own spin in the 1960s. Madonna sported a shaggy pixie in the 80s and Winona Ryder wore one with elegance in the 90s.

Today’s pixie haircuts are edgier than the earlier versions. Some are brightly colored or even multi-colored and others have shaved sides or undercuts. It will be interesting to see what the iconic pixie cut looks like in the 2030s.

We couldn’t leave the boys off the list now, could we? Leonardo Di Caprio, Brad Pitt, and Johnny Depp were the ones to copy if you wanted to be cool in the 90s. To be fair, it’s not much different today.

The heartthrob, or hero, look in the 90s was a simple bob with the front, or top, pushed back. You got extra points for wearing the sides down like the girls’ tendrils.

Nowadays, the heartthrob is a little edgier, a bit messier, and often a bit longer as well. Brad and Leonardo might not sport it now, but it’s still cool.

What Else Was Popular In The 90s?

The 90s was the decade of the catchphrase. Resistance is futile could be heard in school corridors and eat my shorts was a great way to get rid of your little brother. It was also the decade of the long-running tv show. Friends, Seinfield, ER, and Full House were at the height of their popularity. In 2018, we’re eagerly waiting to hear news of the latest reboot and most of them come from the 90s.

Of course, 90s hairstyles were accompanied by 90s fashion and plaid patterns adorned everything from shirts, to skirt, to jackets. Bandannas and combat boots were popular and every 12-year old owned a pair of light-up sneakers.

Skirts were worn over trousers and anything that Gwen Stefani wore would be the next big thing. The Spice Girls also were the biggest trend-setters next to Gwen and we have them to thank for the pedal-pusher revival. The appropriate length for socks and boots was knee-high.

Surprisingly, hats were a bit thing in the 90s which could cause problems if you had a fondness for the big hair of the 90s. There’s nothing like a hat to flatten down a flipped over roll. The style of hat didn’t seem to matter, the fashion of the 90s was focused on comfort.

What’s The Modern Twist On The 90s Hairstyles?

It’s true that if you wait long enough, the styles that were fashionable in your youth will come around again. The current popularity of retro and vintage styles in everything from décor to fashion is testament to that. But, each time a trend re-emerges, it has a modern twist added to it.

Today’s twists on the 90s hairstyles largely revolve around color. You no longer have to be a punk rocker to express yourself with bright blue or green hair. Doesn’t it make you wish you’d hung on to those  butterfly clips? 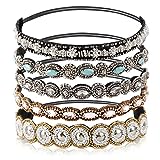 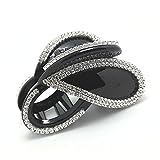 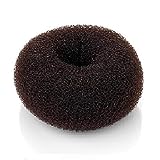 Top 10 Best Tinted Moisturizer Brands With Sunscreen Protection
Next Post: Aveda’s Natural Products Give Back to the World 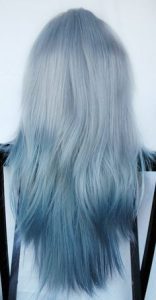 How Long Does Arctic Fox Hair Dye Last? Being one of the longest-lasting semi-permanent hair dyes on the market, you may want to know exactly how long Arctic Fox hair dye lasts, and we can help. According to the Arctic Fox website, the dye lasts between four and eight weeks. However, there are ways to … 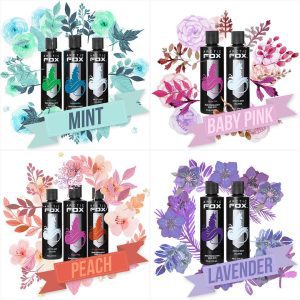 Source About Arctic Fox Hair Dye Arctic Fox Hair Dye is one of the longest-lasting semi-permanent hair dyes on the market and has also been tested against other brands. So if you want a bold new look, this is the product you must try. The arctic fox hair dye company, founded by Kristen Leanne, boasts … 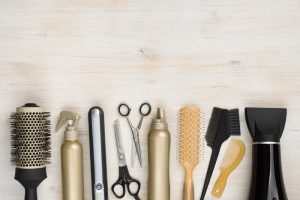 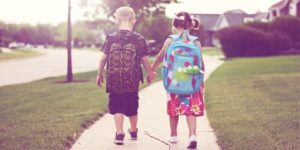 There’s only a month before school starts again. “Back to school” kids haircuts need not be boring. Choose a salon specialised in kids’ haircuts or at least one that does kids haircuts decently. Haircuts for kids should be low maintenance because, unlike those for adults, they shouldn’t need much styling every day. Here are the … 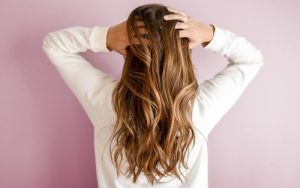