You are here: Home / Mens Hairstyles / Timeless And Iconic Hairstyles For Men Today

Most men will and can do for “a basic haircut” that is low maintenance. Unlike women, men are not as adventurous when it comes to hairstyles. Hairstyles for men are not “trendy” the way women’s tend to go; the reason why men’s hair tend to be styled in a classic fashion. Here are six of the iconic hairstyles and why they have remained, to this day, timeless. 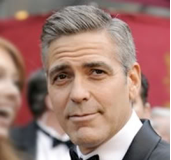 Probably one of the easiest of men’s hairstyles to cut and maintain, this has been called “The McQueen” in honor of the late Steve McQueen who wore it effortlessly. The scalp is barely visible, the hair brushed slightly to one side, and sprayed with a fine mist to keep hair strands in place. Present-day wearers of “The McQueen” include Daniel Craig and George Clooney. 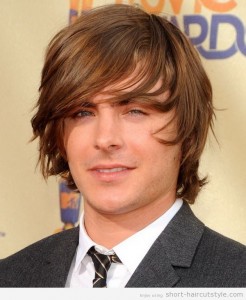 Your barber must be highly-skilled when cutting the shag, one of very few hairstyles for men which can be in various lengths and have several choppy layers to it. Shorter shags, worn these days by Owen Wilson and Johnny Depp, are low maintenance, with just some medium-strength wax required for a “messy but clean” look. With the shag, a man has to be clean-shaven, though, since a beard will make him look sloppy.

Remember Cary Grant and his side swept hairstyle that spoke of sophistication and charm even when he playing a thief? The side swept mens hairstyle is simple and low maintenance for men with short- and medium-length hair. Comb or brush your hair to one side, run mousse or styling cream through it, and then use a comb’s pick end to part hair on its flattering side. Ensure that the part starts right before where your eyebrow ends. Smooth your hair in place with the comb and sweep it backward sideways. 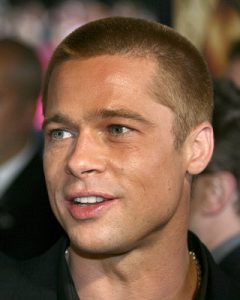 This is also known as the crew cut, which first became popular in the late 19th century but is now worn by Will Smith, David Beckham, Sidney Poitier, Jay-Z, and, most of the time, Brad Pitt. Hair is sheared close to the man’s scalp with the buzz cut, a hairstyle worn by Yale University’s rowing crew in the 1890s. Electric clippers without their comb guards on are now used for buzz cuts with shorter sides and the top slightly shaped or similarly short. This is also low maintenance, grows out fast, and defines a man’s face remarkably. Groom this hairstyle with medium-strength wax when it starts to grow out in-between haircuts.

Both Jimmy Stewart and Sean Connery wore the slicked back hairstyle in their respective eras and Leonardo DiCaprio wears it today. A kind of variation the mentioned side swept hairstyle, the slicked back is ideal for hair that has short or medium length. Wax or pomade is applied to the hair, after which it is lifted with a medium-tooth comb at the roots and flipped backward. Use some mousse to give your hair volume and density, if it your hair has fine strands, before you style it. Your hair shouldn’t be cut too short since it can’t be slicked back or you shouldn’t let it grow too long or you will look creepy instead of elegant. 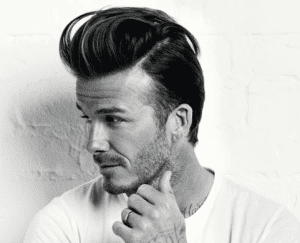 Worn famously by icons James Dean and Elvis Presley, the quiff has endured as one of the most asked for hairstyles for men that can now be seen on Conan O-Brien and James Franco. Use pomade to slick back the sides of your hair as well as combing the front straight up and flipped to your head’s center’s back. The point is to create a sort of “puff” over the brow.