Tips To Get Rid Of And Prevent Hangnails

Hangnails. They’re awful. They’re one of those things that people don’t really talk about, but we all deal with them and I think every person who has ever lived can say that they’re the literal worst. So if they’re something we all deal with, there has to be some way to solve the problem right? We’re here to tell you how to cure a hangnail and also how to prevent them during the fast-approaching winter weather!

What Is a Hangnail?

Hangnails are those annoying little pieces of skin that peel or break off along the sides of your fingernails. They often hurt or bleed if you pick at them. Hangnails are basically your body’s way of begging for moisture. They’re caused by dry skin, so you might notice that you’re getting a lot more of them in the winter since there is less moisture in the air during that season.

How To Cure Hangnails

Take 15 minutes out of your day for a few days in a row to soak your nails in very warm water. This allows your nails to absorb moisture naturally and will help to keep the hangnails at bay.

Apply a dab of petroleum jelly or beeswax balm

to the hang nail before you go to bed at night. This will allow plenty of time for the moisture to absorb into the hangnail overnight. In the morning, carefully trim the hangnail. Be careful not to trim too close to your nail bed so that you don’t cause a painful cut.

has amazing antibacterial and anti-inflammatory benefits for all of your skin, not just hangnails. For best results, use a real aloe vera plant. Cut a small piece and apply directly to the hangnail. Hold it on there for as long as you can. Maybe turn on a tv show or something while you’re applying the aloe so that there’s lots of time for it to absorb. This will help to keep your hangnails from getting infected.

How To Prevent A Hangnail

Once you get a hangnail it can be pretty difficult to get rid of. It’s best to work to prevent them so they don’t happen at all.

Since dryness is the primary reason that you have a hangnail in the first place, the more you saturate your hands and nail beds with moisture, the less likely you’ll be to get a hangnail. Try to wear gloves when you’re using cleaning products or even when washing dishes. The soap and chemicals can dry out your hands, causing the hangnails. Buy a good moisturizer

to keep with you at all times.

This can be super tempting and I’m definitely guilty of this violation. But try your hardest to avoid biting or picking at the hangnails. Biting them actually makes the situation worse and just increases your chances of them growing back. It’s also extremely unsanitary and can make the hangnails prone to infections. 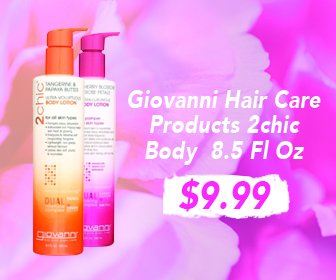 You can do this by getting a manicure or do it yourself at home. Keep your nails neatly trimmed from getting too long. Using a cuticle trimmer

and stick to push the cuticles back can make a huge difference as well. This doesn’t mean you can’t grow long nails, but take the time to make sure they’re kept neat. Use nail clippers to trim any hangnails before they get too long and you’re tempted to pick at them. The best time to do this nail maintenance is right after a hot shower, when your skin is softer.

Keep a bottle of moisturizer at your desk at work, bedside table, and anywhere else in the house you spend a lot of time. Try to apply throughout the day as a preventative measure. Use these tips and pointers to help you treat and prevent hangnails this winter season. It’s something we all deal with, but it doesn’t have to be a major problem if you know what to do and how to avoid them!

This site earns from qualifying purchases. We may also earn commissions on purchases from other retail websites.